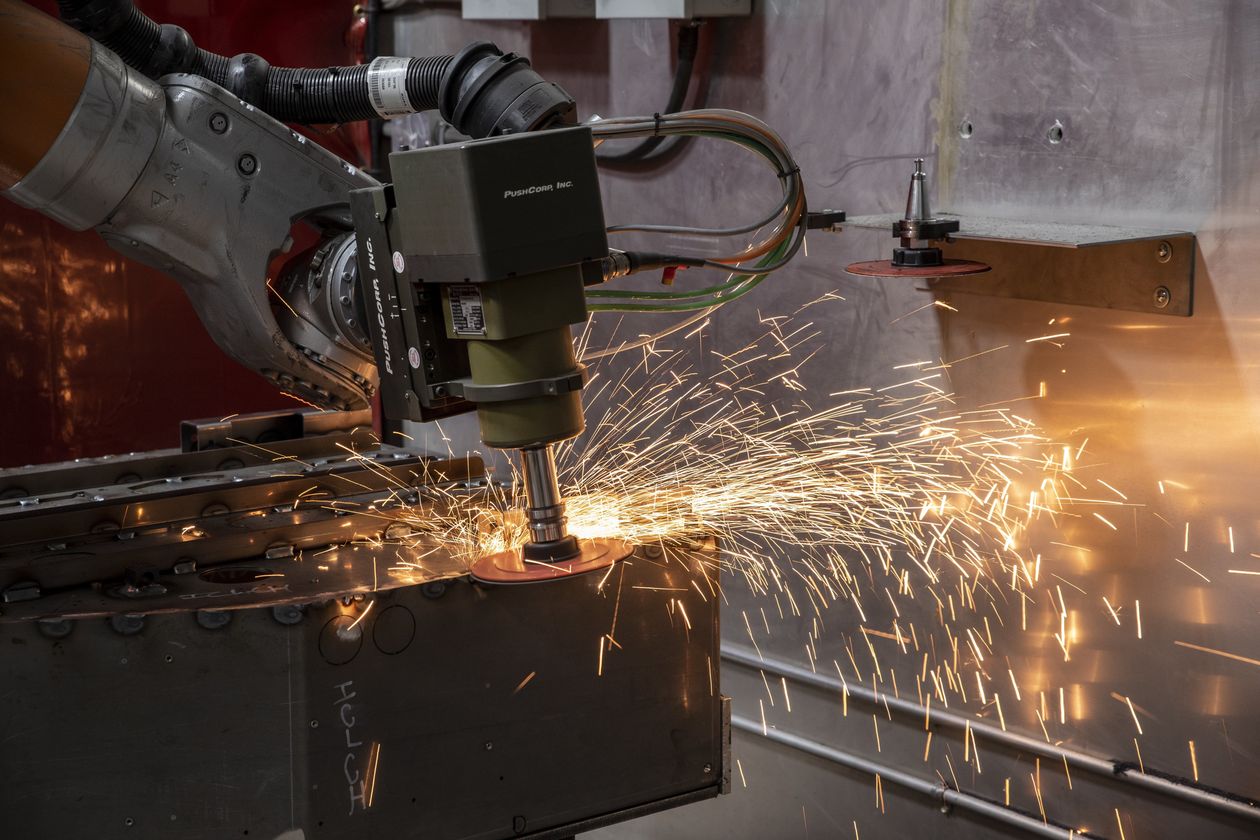 “Robots are turning up on more factory floors and assembly lines as companies struggle to hire enough workers to fill rising orders,” writes The Wall Street Journal (June 2, 2022). Orders for workplace robots in the U.S. climbed 22% last year to $1.6 billion.

Rising wages and worker shortages, compounded by increases in Covid-19-related absenteeism, are changing some manufacturers’ attitudes about robotics. “Before, you could throw people at a problem instead of finding a more elegant solution,” said the CEO of Delphon Industries. Delphon lost 40% of its production days during January when the coronavirus spread through its workforce. The disruption accelerated the company’s purchase of 3 additional robots earlier this year.

Manufacturers in the U.S., where workers typically have been abundant and wages stable, have been slower to embrace robotics than those in some other industrialized countries. The number of robots deployed in the U.S. per 10,000 workers has traditionally trailed countries such as South Korea, Japan and Germany. (The use of industrial robots in North America for years had been concentrated in the automotive industry, where robots took on repetitive tasks such as welding on assembly lines.)

Now,  robots are making inroads into other sectors including food production, consumer products and pharmaceuticals. Improved capabilities are allowing robots to be programmed for more-complex tasks requiring a mixture of strength and nimbleness.

At Athena Manufacturing, a fabricating and machining company for metal equipment, customers have been ramping up orders, but Athena has struggled to find enough workers to staff a second weekday shift and a weekend shift. So it recently spent more than $800,000 on robots, including $225,000 alone for the grinding robot shown in the photo. The investments aimed to increase Athena’s capacity to handle orders, more than lowering costs.

“The robots are becoming easier to use,” said the CEO of Fanuc America, a major supplier of industrial robots. “Companies used to think that automation was too hard or too expensive to implement.” But one MIT prof said factories’ increasing reliance on automation will lead to an oversupply of human labor that will drive down wages in the years ahead, unless other U.S. industries can absorb displaced manufacturing workers.