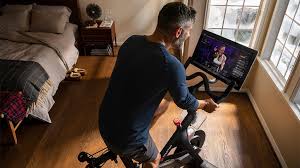 In a northwest Ohio industrial park, Peloton Interactive is building a million-square-foot factory that it will never use. The once-hot stationary bike maker is now selling the facility, which cost $100 million and to be completed this fall, as it races to downsize a manufacturing operation expanded by leaders who believed Covid-driven demand would outlive the pandemic.

Their miscalculation about demand and the shift in the market have been so costly that Peloton—a company worth nearly $50 billion about a year ago (and now $5 billion)—has laid off thousands of people, had to borrow $750 million to head off a cash crunch and is exploring a sale. It is a reminder, writes The Wall Street Journal (May 21-22, 2022), that strategic choices—not just pandemic forces—determine how businesses emerge from the crisis.

In late 2020—with homebound consumers clamoring for its bikes—Peloton’s CEO dismissed the idea that the company was growing too much based on a demand spike that could prove temporary. “Overbuilding supply-chain capacity—that’s a term that has never come up in the Peloton senior leadership rooms or boardrooms,” said the CEO in 2020. “We feel like there’s such a massive opportunity that we need to invest heavily in the supply chain for years and years to maintain it.”

But the good times were short-lived. As demand soared throughout the year and a second Covid wave derailed Americans’ hopes of a quick return to normalcy, Peloton became overwhelmed by a crush of orders, which was exacerbated by massive port delays in Asia, where Peloton built its machines.

Many companies faced the same question during the pandemic: How best to handle a surge in demand? P&G decided not to permanently expand toilet-paper factories that would have taken years to come online. Clorox added capacity through contract manufacturers. To fill government orders for masks, Honeywell and 3M added shifts or retrofitted facilities. Most of the leaders of those businesses realized that the sudden demand could be short-lived, or hedged their manufacturing investments.

Peloton’s bikes and treadmills are equipped with a tabletlike screen that connects users to online workout classes. An instructor leading a spin class from a Peloton studio can remotely adjust the resistance on bikes connected to the class. Peloton’s original bike, which initially sold for $2,245, now costs $1,445.