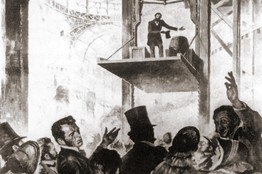 Otis Elevator has found that bringing manufacturing jobs back to the U.S. can be a lot trickier than it sounds, writes The Wall Street Journal (May 3-4, 2014). The company’s 2012 move to relocate its plant from Mexico to South Carolina was hailed as a sign of a renaissance in American manufacturing. The relocation was supposed to save money and help fill orders faster by putting the people who make new elevators next to the engineers who design them, and their customers. But the reality hasn’t been so smooth. Production delays created a backlog of overdue elevators. Customers canceled their orders. The Nogales plant Otis was leaving behind had to stay open for half a year beyond its planned closing date to deal with the backlog.

The company’s experience shows that with supply chains and skilled labor following American factories overseas in recent decades, coming home can be more complex than just deciding where to site a plant. When the elevator maker opened its new 423,000-square-foot facility in a vacant Maytag factory in Florence, S.C., it was a notable participant in a trend of “reshoring,” where some companies reversed the movement of manufacturing work offshore to places like China.

For Otis, the return to the U.S. was supposed to herald a step up in efficiency. The relocation was to lower the company’s freight and logistics costs by 17%, and would cut costs a further 20% by having all of its white-collar elevator design and production workers on hand at the factory. The company now says it was trying to do too much at once. In addition to moving the plant, Otis also was replacing the computer system that manages supply, manufacturing, shipping and financial information. “The challenge, I think, was moving your supply chain, with your factory and your engineering center all at once,” says the CFO