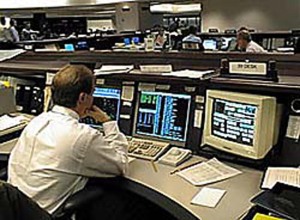 “The crew of Delta Air Lines Flight 55 last Thursday couldn’t legally fly from Lagos, Nigeria, to Atlanta unless they waited a day due to new limits on how much pilots can fly in a rolling 28-day period,” writes The Wall Street Journal (April 3, 2014). The trip would have to be canceled. Instead, Delta headquarters told the captain to fly to San Juan, which they could reach within their duty limits. There, two new pilots would be waiting to take theBoeing 767 on to Atlanta. The plane arrived in San Juan at 2:44 a.m., quickly took on fuel and pilots, and landed in Atlanta only 40 minutes late.

The episode, unorthodox in the airline industry, illustrates the fanaticism Delta now has for avoiding cancellations. Last year, Delta canceled just 0.3% of its flights. That was twice as good as the next-best airlines, Southwest and Alaska, and five times better than the industry average of 1.7%.

As it cut cancellations with a more-reliable operation, overall on-time arrivals improved and Delta has fewer delays. Managers in Delta operations center (featured in our Global Company Profile  in Chapter 15) move planes, crews and parts around hourly trying to avoid canceling flights. How well an airline maintains its fleet and how smartly it stashes spare parts and planes at airports affect whether a flight goes or not. Delta’s new analytical software and instruments that can help monitor the health of airplanes and predict which parts will soon fail. Empty planes are ferried to replace crippled jets rather than waiting for overnight repairs. Typically the airline has about 20 spare airplanes of different sizes each day. About half are stationed in Atlanta and the rest spread around other domestic hubs and two in Tokyo.